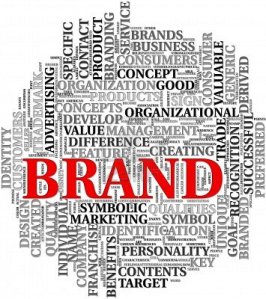 I came across a fantastic article by Douglas B. Holt in the Harvard Business Review titled ‘Brands and Branding‘ and thought I would use the insights from that article to extend my previous post on Dos Equis – The Most Interesting Man in the World campaign. So if you have not yet read that you can at http://wp.me/p1z9aT-72.

If you remember the Dos Equis campaigns brand persona/personality is a gray haired male played by Actor Jonathan Goldsmith, the Most Interesting Man in the World. When I first saw the campaign, and I am sure many thought it as well – why would they have an old guy represent a product clearly targeting a young male audience? Well Dos Equis creative team clearly thought of something that a lot of beer companies have forgotten.

The brand is essentially a product as it is experienced and valued by the user in everyday life. Dos Equis clearly figured out that most beer makers have positioned themselves as the beer for the young male, who is fun, likes to have a good time and getting into all sort of shenanigans. Positioning your product in a similar manner would be a waste, because your product would never stand out. So instead they developed a break away strategy to position themselves and stand apart from the crowd by borrowing from the identity of another category (I am thinking more like scotch or whisky). Take a look for yourself, here is a commercial for Miller and Corona. Would anyone want to be in this red ocean?

Although Heineken recently released a commercial that I thought was interesting and on the lines of Dos Equis. Now whether they can generate an integrated campaign that passes the test of time is another question. Although the latter is not a measure of success.

Then there are some commercials by smaller brewers that are simply hard to discern. Here is the Blue Moon 2011 Commercial.

Dos Equis took an approach towards marketing by showcasing and developing experiences, based on the values and characteristics their target audience is most likely to be drawn to.  If you notice each commercial tells a story through the brand persona and thereby speaks to the product. He is well traveled, interesting, likes new experiences, adventure, challenging himself and is so not the average guy. He is a leader. My favorite voice over is “His personality is so magnetic, he finds it difficult to carry credit cards]. These are also most likely the way Dos Equis target consumer sees himself.

The campaign’s integrated marketing and messaging strategy has ensured that all elements of the marketing mix – product, communication and channels – tell a story about the product. With 1.6 Million likes on Facebook its easy to see that fans love to engage with this brand. Why because Dos Equis has given them the stories and images to define a brand culture. One that people want to engage with and discuss. Plus the campaign has legs, Dos Equis extended the campaign this summer with The League of the Most interesting.

According to Holt, customers take on risks when they purchase products, particularly those that they purchase in the future. Brands also act as symbols that express customers values and identity, and by positioning itself as an experiential brand, Dos Equis has set itself on the path to success and at the same time differentiated itself from the competition.

7 thoughts on “Brands and Branding – Deep Dive into Dos Equis”