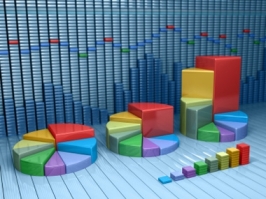 We all know the inherent benefits of digital over its counterparts. There are tons of books, blogs, and articles on the subject. But in my mind the most vital is the ability to track and measure these channels, allowing campaigns and brands the opportunity to optimize campaigns in flight, and get a step closer to reaching their objective. Take a look at the table of pros and cons, and you can clearly see why iMedia channels are drawing advertiser dollars.

However, the reality is that very few organizations are fully leveraging these benefits. So while, we have the fancy tools and subscriptions, all that is being created is reams of click stream and passive data. Avinash Kaushik would call this the “what” analysis – what are the page views, impressions, time spent, bounce rate…. But very little insight and actionable recommendations.

Pros and Cons of Media Channels

It’s all the more disheartening to see leading figures in the Digital world say “its not about the ROI”. I am all for engagement, conversations but what are you doing with all these likes, followers, shares and clicks.

A few weeks ago I came across an intriguing post on Mashable titled “How Rihanna Used a Groupon Strategy on Facebook to Launch Her Album”. To my folly, purely based on reading the title, I expected to see how Rihanna’s music label had devised an ingenious strategy to sell more albums using social media and deals. Boy was I wrong.

Here are some key facts from the article:

Problem: “With Rihanna consumed by her tour, the challenge was to give all those fans something to do on Facebook, preferably something that promoted the new album.”

Fact: “Rihanna currently has 53.4 million Facebook fans, which makes her the second most popular musician on Facebook, behind Eminem.”

“For example, fans were asked to submit a certain amount of fake lyrics to earn the lyric sheet for Rihanna’s album. Other unlocks included Rihanna’s new “R” logo, the single “We Found Love,” Rihanna’s new website, the album’s release date and its cover. However, such content only became available when a critical mass of fans were on board for the mission.”

Results: Here are the campaign results (from the article).

Oh and right at the end was the golden nugget. “Talk That Talk entered the Billboard charts at number three with first-week sales of 198,000, slightly less than Rihanna’s last album, Loud, which sold 207,000 copies in its first week and debuted at number two.”

Now I look at all this and think OK so they got people talking about “Talk That Talk” and notice the campaign, but did they meet their objective. Assuming all factors equal (i.e. both albums were equally good and the singer as popular etc) the campaign clearly missed its target.

There could be several reasons for this but lets look at a few:

The assets were clearly available. Any brand would kill to have 53.4 million Facebook fans. But even if we assume that 30% of her fans are in the US – only 1.2% of her fans purchased the album. That’s not even taking into account the network effect and all the fans friends who saw their wall activity.

This could partly attributable to the fact that the campaign execution focused heavily on engagement, rather than purchase. The effort is equivalent to handing out a free gift to promote sales. But all you’re actually doing is  attracting the wrong audience, who is just making a purchase to get the gift.

Measuring total stories, impressions, tweets/day/hour/minute/second… is all well and good. Those are good baseline stats. But not enough. How can the campaign team even use these to see if the album is actually generating buzz, did they even measure sentiment and if it was a brand campaign – what share of voice did they manage to capture?

Based on the information on the campaign, here are some metrics I would recommend using:

Media channels are the means to move consumers along the journey – namely awareness, consideration, acquisition and retention.

The campaign seems to rely rather heavily on a few channels and I don’t see an integrated approach. I would have loved to see how the campaign was driving users to a point of sale. Some options would have been to drive users to a special landing page on Rihanna’s website – which showcased snippets of the songs, reviews etc and maybe even the artist talking about the album etc.

The album release date could have included a limited time offer, which are typically very effective. For instance, Lady Gaga released her album on ‘Born this Way’ on Amazon and demand overwhelmed Amazons servers. Now thats saying something. CONFESSION: I was up late into the night waiting for the sale 🙂 Judge me all you want. Granted the album was sold for $0.99 but its a great way to generate buzz and interest, particularly if there is a short window to purchase.

Building momentum would have been key and the tactics used by the campaign would have been better served had they been used in conjunction with other tactics and channels, driving users to the point of purchase. A small discount, premium offer such as a free video or info on tour dates for making an advance purchase might have been a sweet offer.

The article does not talk about how the campaign was monitored. But its possible that there was little real-time monitoring of results. One of the key selling point of real-time monitoring is that it offers brands and campaigns the chance to optimize their assets based on how the users are engaging with their content.

Say if the campaign was seeing a massive influx of users on the landing page, you can change the offer and creative to drive users and test on-the-go. I would think that had the campaign actually been monitoring traffic and used better metrics, they could have realized how they were doing and change course.

What is your opinion on the ‘Talk that Talk’ campaign? Could the team have deployed other tactics to reach their objective. Sound off in the comments section.