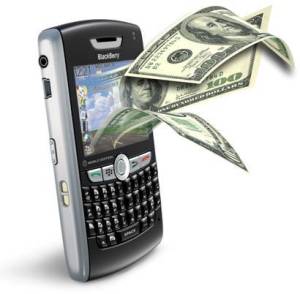 I remember first reading about the concept of money in history class and the transition from the barter system to coins to paper money. It all seemed very exciting and that was also when I first shocked my parents by asking for pocket-money. The latter wasn’t very well received. So reading about Jack Dorsey‘s startup Square sparked a number of questions in my mind.

Square essentially wants to replace cash registers, wallets and loyalty cards with mobile apps and a smartphone. As I see it the need is to reduce the hassle of carrying your wallet, particularly plastics everywhere you go, the benefit is a lighter freer and possibly more spendthrift customer (i.e. you). At the moment the software can be loaded on to an iPad.

As long as the customer has Square’s mobile app, the merchant can complete transactions with absolutely no plastic. Square stores payment details in the app, and by sharing your name when checking out, the transaction is processed and you get a text-message confirmation. Neat huh.

But this is not exactly a new concept, just a modifications on whats already in play in the Far East. Japan has long been phasing out the hassle of coins and bills with microchip-laden “smart cards,” which let people make electronic payments for everything from lunch to the daily commute. Other nations, led by South Korea, already have mobile commerce payment schemes in place that let people punch keys on their cell phones so that the devices trigger transactions. According to a Mastercard study, there is a possibility the technology is likely to be accepted in the US. Of Americans who use mobile phones, 63% of those aged between 18-34 years are open to using their device to make purchases. But there is a sizable chunk of the population who are wary of the technology. So its important to gain the buy-in of the remainder and show its efficacy.

Square, as the article suggests, is likely to face significant competition from the big guns, namely Visa and Mastercard. These players have spent decades building the vendor relations and scale necessary for the operation and that is a clear strategic advantage that is hard to replicate by new entrants. However, by nabbing Visa as a strategic investor, I think Square has bought itself some time. Visa, Google and Mastercard are also getting on the act.

Here is a video introducing Google Wallet and retailers perspective.

Square also seems to be focusing on smaller businesses, and this is a hot market to focus on. Especially if it can find a way to partner with players such as Foursquare, GroupOn and Living Social.

On a macro level, we need to consider how this is likely to impact the economy as a whole. In the long run, US consumers need to reign in their spending, yes it will do a lot to circulate money but I wonder if adopted on a large-scale how this would impact the US.

But enough with the gloom. On a brighter note, the day we start using virtual wallets, enjoy intergalactic flights and teleport between locations is possibly not that far. Ahh Gene Roddenberry would be so proud.