People who know me know that I am self proclaimed nut about social media and entertainment. Growing up in India I would wake up at ungodly hours to watch the Oscars and the Golden Globes. I wanted to be the first to find out who won. Unfortunately, none of my friends were into waking up at 5am. So I had to wait a few days until I could discuss it. For me that was the definition of torture. Imagine in this day and age waiting days to discuss plot lines or key moments from your favorite show, event or sporting event. Are you kidding me? It would already be old news.

Bolstered by mobile, Social Media allows millions of people to simultaneously share an experience. If something shocked/scared/made you laugh or if you were mad at a development, you have the opportunity to talk about it or simply hear if others felt the same. This is one of the reasons why I love Digital Media, particularly Social Media and its ability to tap into the collective and ever evolving chatter.

END_OF_DOCUMENT_TOKEN_TO_BE_REPLACED

Social Media certainly had an interesting year in 2013. From several high-profile announcements to acquisitions, some stories really caught us by surprise. Here is my take on some key announcements and my expectations for 2014.

The “global town square”, Twitter has time and time again showcased the power of 140 characters to spread the word, shape public opinion, and literally change lives. The Obama presidential campaign, Arab Springs and the recent shaming of Justine Sacco are just a few examples.

Hashtags and twitter trending topics is how most of learn about whats happening around the globe. So it was not that surprising that Twitter is now a publicly traded company expected to return value to shareholders. In my opinion, Twitter IPO was handled  much better than that of Facebook. Yet they have to make a number of improvements and enhance their advertising solutions  before they start reaping the rewards.

To everyone’s surprise Yahoo acquired Tumblr in May for $1.1Bn. Thus far Mayer is yet to make any remarkable changes to the site, other than a few ads on the personal blogging site. END_OF_DOCUMENT_TOKEN_TO_BE_REPLACED

I remember when I had just joined college and all the kids were buzzing about chatting services. ICQ, Yahoo, MSN were the buzz words. It was all anonymous and everyone loved the fact that you could go and talk to random strangers from across the world. Well its a reasonable guess that some of us met our share of weirdos and quickly ended the conversation, vowing never to chat again, only to return a few days later.

The fall of chatting sites is no secret. AOL sold ICQ in 2010 to Russian investment company Digital Sky Technologies for $187.5 million. According to Mashable, as of 2010, ICQ had more than 32 million unique visitors per month. Not bad right. Approximately 80% of ICQ users are 13 to 29 year old and spend an average of more than five hours a day connected to the service. But the popularity of the service has shifted and ICQ has a presence in markets like Russia, Germany, Czech Republic and Israel. END_OF_DOCUMENT_TOKEN_TO_BE_REPLACED

We all know the inherent benefits of digital over its counterparts. There are tons of books, blogs, and articles on the subject. But in my mind the most vital is the ability to track and measure these channels, allowing campaigns and brands the opportunity to optimize campaigns in flight, and get a step closer to reaching their objective. Take a look at the table of pros and cons, and you can clearly see why iMedia channels are drawing advertiser dollars.

However, the reality is that very few organizations are fully leveraging these benefits. So while, we have the fancy tools and subscriptions, all that is being created is reams of click stream and passive data. Avinash Kaushik would call this the “what” analysis – what are the page views, impressions, time spent, bounce rate…. But very little insight and actionable recommendations.

END_OF_DOCUMENT_TOKEN_TO_BE_REPLACED

A few months ago I wrote about Transmedia – see “Transmedia – Opportunity or Trend?”, storytelling defined as telling a story that extends across multiple media platforms (for television, it’s going beyond the on-air show). The post briefly mentioned  Syfy’s groundbreaking idea Defiance, since there was little information at the time. But over the last few weeks a number of articles have come out talking about the concept. Here are additional highlights, courtesy AdAge:

END_OF_DOCUMENT_TOKEN_TO_BE_REPLACED 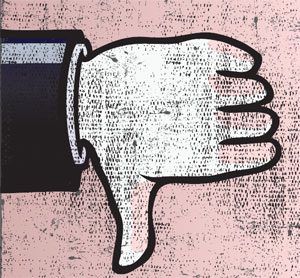 Two days ago I attended the Suxorz awards at the Gershwin Hotel in NYC. It was perhaps the most fun I have had learning and sharing about Social Media Faux Pas is a while. So here is a run down of the best of the worst presented by the panel comprising: David Berkowitz – Vice President of Emerging Media, 360i; Brian Morrissey, Editor-in-Chief, Digiday; BL Ochman  – Senior Creative Technologist, AFS Intercultural Programs; and Twanna A Hines – Author.

While, the panel had their own way of segmenting campaigns, I am using a different method. So the campaigns will be labelled under – Corporate Mishaps, Political Failings, What were they thinking, and Fighting Back.

Here we go. Try not to punch the screen, some of these brands and personalities totally lost focus.

END_OF_DOCUMENT_TOKEN_TO_BE_REPLACED

I smell a lawsuit or at the very least a lot of hullabaloo. Google announced the next step towards Social Search with “Search, plus your world” . Whereby it will personalize Google search results by integrating social data from Google+. According to Google’s official blog post, here is a brief description of the service:

“We’re transforming Google into a search engine that understands not only content, but also people and relationships. We began this transformation with Social Search, and today we’re taking another big step in this direction by introducing three new features: